After using your DiATOME diamond knife it is best practice to clean it before storing it away. We recommend using the following methods:

This method has been used for many years with great success and no evidence of deterioration to the knife edge. It is especially important to clean immediately after sectioning poorly polymerised or soft resin blocks, such as Lowicryl.

If you do not feel comfortable using the method described in procedure 1, there is an alternative. Immediately after picking up the sections proceed as follows:

If the knife is tended to immediately after sectioning, there is no need for any elaborate cleaning. 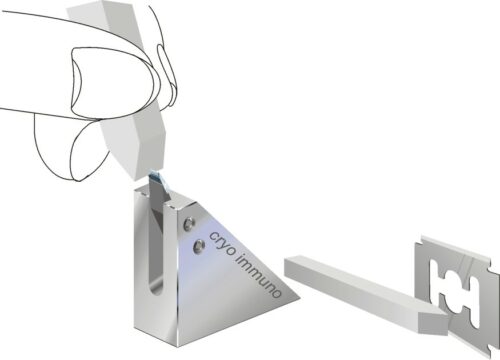 Where sections or debris have been allowed to dry on the knife edge we recommend the following procedure: