Gas injection can be useful for imaging non-conductive surfaces in SEM or FIB by neutralising charging. The introduction of an inert gas such as Nitrogen or water vapor helps to absorb the charge and improve image quality.

The Kleindiek GIS-EM is a gas injection plug-in system that allows injection of various gases into an SEM/FIB chamber using the precise positioning capabilities of the MM3A-EM micromanipulator. The geometry of the GIS tip enables the gas injection to be precisely controlled over the area of interest. An unique aperture allows the sample to be viewed during the process. This avoids geometrical shadowing and spatially inhomogeneous gas injection from one direction.

Another big advantage of the Kleindiek GIS is speed of set up. It can be ready and operational in less than half the time of other GIS systems. Precursors are placed inside the temperature controlled reservoir where they evaporate when heated. Minute amounts of gas are released in precise doses using the proportional valve which is in turn actuated by a nano motor.

It is also possible to inject gaseous precursors such as argon, e.g. for charge compensation. 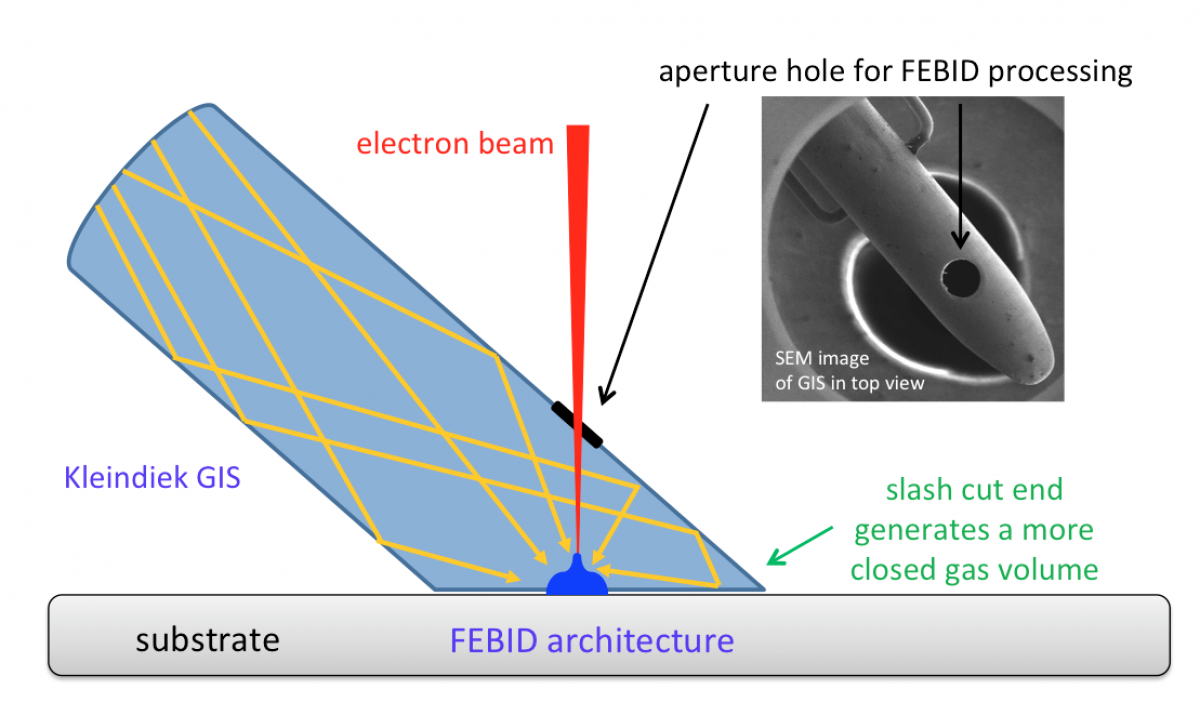 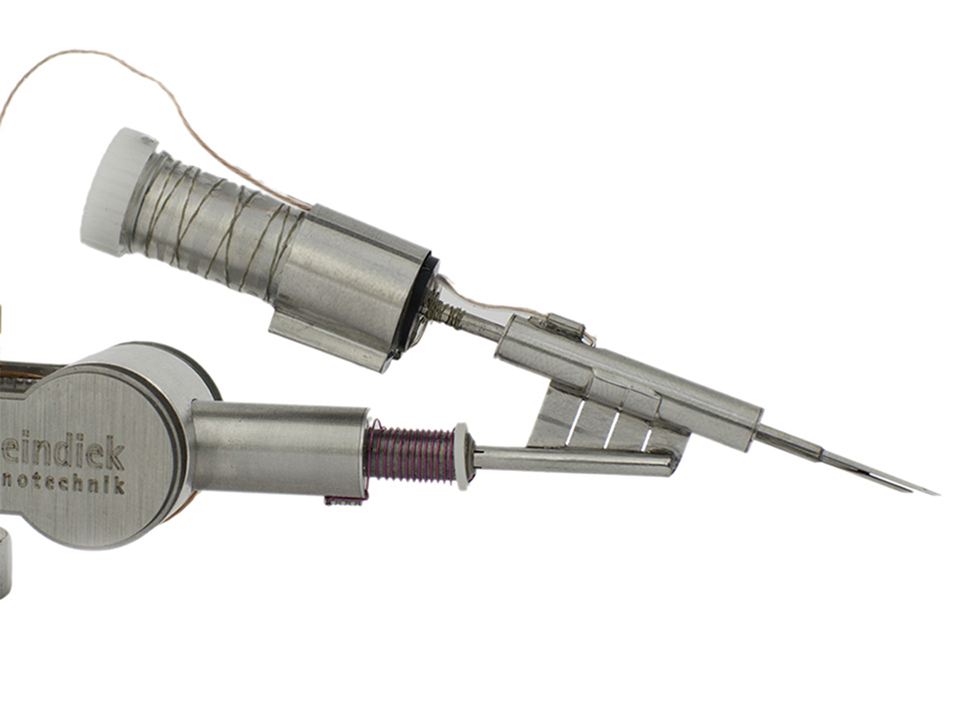